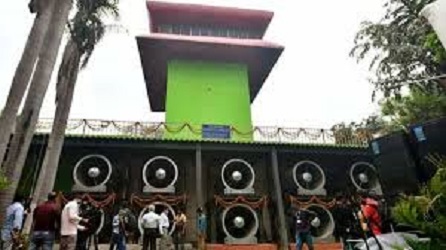 Delhi’s second smog tower will be launched on September 7 near the Anand Vihar metro station. The inauguration of a second smog tower comes a month before the pollution level increases in Delhi due to stubble burning by the farmers in neighbouring states.

Delhi’s pollution is a widespread concern for overall pollution levels.

For years now, Delhi’s air pollution has been a matter of worry. Many attempts have been made by governments to control it. The pollution begins in Delhi in October and it lasts for the whole winter season.

To reduce pollution particles in surrounding areas, a smog tower is a structure designed as large-scale air purifiers.

-Second smog tower to be inaugurated on September 7 near Anand Vihar metro station.

-Tata Company has built the tower which has a capacity of 1,000 cubic metres per second.

-At Connaught Place in Delhi, the first smog tower was installed.

Within a one-km radius per second, the tower is capable of cleaning 1,000 cubic meters of air. The tower sucks in polluted air and releases filtered air which is equipped with 40 fans and 5,000 air filters.

Delhi chief minister Arvind Kejriwal said after the inauguration of the first smog tower that “This is the first such smog tower in the country. It’s a new technology. We have imported it from the US. The structure will suck polluted air from above and release clean air from below. It will purify 1,000 cubic metres of air per second”. 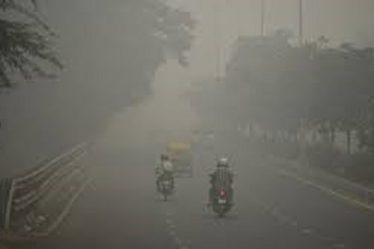